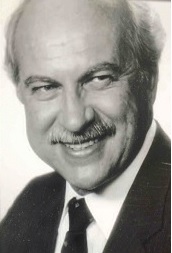 WILLIAM “BILL” MCNUTT, a longtime horse enthusiast, passed away March 11, 2018, at the age of 80. Bill had a true zest for enjoying people and life to the fullest. He was a loving husband, father, grandfather and friend. He loved to paint and studied Western art with the same passion which
he played golf, fished, hunted and showed his National Field Trial Brittany Spaniels. While he had many hobbies, his true loves were horses and horse racing. It is his dedication to horse racing that many will remember most. Early in his career, he was a steward at Midway Downs in Stroud, Oklahoma; Trinity Meadows in Weatherford, Oklahoma; and Ross Downs in Colleyville, Texas. He served as Executive Director of the Oklahoma Thoroughbred Association and taught race track management at the OSU Extension Center in Oklahoma City. During this time, he worked tirelessly
to bring pari-mutuel racing to Oklahoma. From 1986-1989, he worked for the Jockey Club as the manager of registration in Lexington, Kentucky, for all thoroughbreds in the U.S., Canada and Puerto Rico. In 1992, he returned to Oklahoma as Steward of the Oklahoma Horse Racing Commission. He was Chief Steward at Blue Ribbon Downs in Sallisaw, Oklahoma; Will Rogers Downs in Claremore, Oklahoma; and at Fair Meadows in Tulsa, Oklahoma.
Bill was born in Elgin, Oklahoma, to Dorothy and Gerdis (Jeff) McNutt. He was preceded in death by his parents; brother, Joe McNutt; and sister, Alletta Vaughn. Bill is survived by his wife of 28 years, Susan Hoisington McNutt of the home; his son, William L. McNutt II of Pagosa Springs, Colorado; granddaughter, Kelsie Ann McNutt of Durango, Colorado; grandson, Kody Lawrence McNutt and his wife, Shelby and their two children, William Ryan and Adeline Rose McNutt, of Ft. Hood, Texas; nieces of Oklahoma City; a host of friends and beloved pets, Wiggles and Wags.
While he will be missed greatly, his tireless commitment to horse racing will be felt for years to come. Rest in Peace.

All who knew him

Thunderbolt was a gaited Paint with the kindest eyes and calm personality. I sold him to a loving family in Bennington, Vermont in September, 2014 when we sold our ranch in Claremore, OK. He always greeted me with kisses for treats and followed me everywhere I went. The picture I am sharing is of him kissing me goodbye the day Abbey Spencer picked him up. The sweetest memory I have of him was when I sat down in the pasture and he grazed for a few minutes, them he laid down next to me, sighed and went to sleep. I leaned up next to him and did roo. He had severe colic starting November 8th, when Vermont had a warm day and during the night the temperature plummeted to below zero. Three other horses died of colic that same night. They did everything they could to save him but his pain was intolerable and he had to he put down. His new owners, Vernon and Jamie Rose Southworth are devastated as I am, too. Rest in peace Thunderbolt, you have your beloved horse buddy, To, to keep you company. RIP beautiful boy.

SUBMIT YOUR IN MEMORIAM

OklahomaHorses Magazine and its companion website OklahomaHorsesMagazine.com provide Oklahoma horse enthusiasts with the perspectives of a bi-monthly magazine, the interactive, up-to-the-minute insights of a statewide news source, and the humane conscience and social media involvement of the Oklahoma horse community. Only here will you find a one-step resource for local horse products, services and events as well as adoption and care information. All of it is sprinkled with lots of pictures of Oklahoma horses and their riders!